The Nail Art of New York Fashion Week 2018 and Beyond 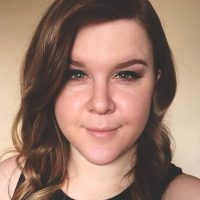 New York Fashion Week (NYFW) is known for its trendsetting clothes and cutting-edge styles. It’s an event where world-class designers execute their visions down to the very last detail. But no runway show would be complete without coordinating nail art, and each year, CND partners with visionary designers to bring their collections to life.

As February’s NYFW quickly approaches, we’re reminiscing about last year’s inspiration. Here’s a roundup of previous NYFW collections, as well as some other looks from Fashion Weeks around the globe.

The Blonds’ Spring/Summer 2019 (SS19) collection conjured the danger and tragedy of Disney villains. CND’s nails, led by Shelena Robinson, followed suit with fierce and alluring styles. The deep purple shade Rock Royalty alluded to tentacles and scales, while the rich red Wildfire evoked a villain’s lust for hearts. Of course, no menacing mani would be complete without the perfect patent leather black shade, Black Pool. These Fashion Week nails were long and often sharpened into villainous claws.

Libertine’s SS19 show was all about antique treasures and keepsakes. CND’s nail styles, led by Heather Reynosa, featured Vinylux shades Studio White and Vintage and reflected a beautiful yet melancholy interpretation of an era long passed. This love letter to a vintage aesthetic inspired nail designs involving gold caviar bead and chain frames, antique floral prints, signets and pearls. One of the styles even showcased a braided lock of hair, recalling when Victorian-era lovers would keep a lock of each other’s hair as a token of their devotion.

The Vivienne Westwood SS19 collection explored the concept of an urban wasteland, celebrating elements of street culture like graffiti and skateboarding. CND’s nail team, led by Shelena Robinson, developed looks that paid homage to urban culture and the city itself, including racing stripes and matte pavement markings. Get the signature “city pavement” look by painting yellow markings using CND’s Banana Clips on a base of Black Pool.

The theme of Mary Katrantzou’s SS19 show was “collectibles” — precious objects and keepsakes that you have for a lifetime. Led by Shelena Robinson, CND’s nail styles ranged from crystal clear domes to velvet-looking nails. The clear nails, which mimicked glass, were hand sculpted using Brisa Clear Gel and accented with delicate silver embellishments. The effect was a glass dome that would be used to protect a special treasure. CND shades Winter Nights and Decadence were used to fashion textile nails that resembled crushed velvet pillows where one might store their precious heirloom jewelry.

New York Fashion Week nail art is known for being cutting edge and boundary-pushing, joining the ideas and talents of nail artists and visionary designers. CND’s artists have mastered high-fashion nail styles, extending the designers’ visions to the models’ fingertips. Imagination is the only limit for the NYFW nail art that will be on display this February!

More Articles
Back to Blog

Complete the Look Perfect Your Craft The Color Conquest