In 1979, American culture was on the cusp of drastic changes. Disco was evolving into hair bands, and fashion was changing from bell bottoms to denim minis and neon accents, all while nail enhancements were receiving a revolutionary technology makeover.

Amid all this change, a new, innovative nail brand came on the scene. With its breakthrough technology and trend-setting nail art, Creative Nail Design (CND) changed the industry forever. To celebrate CND’s 40th anniversary, we’re going back in time. Here’s a look at the nail salon services, trends and art from 1979, the year this brand revolutionized the nail industry.

Fashion, culture and nail art have always informed one another. While singers and actors embraced their celebrity status, they also set nail trends along the way. A known style icon of the 1970s who brought nails to the forefront was Cher. According to Nail Streetz, she was the one to watch, with a range of nail colors and styles that pushed boundaries. R&B celebs and disco queens also ruled the scene, bringing bright, bold, long nails into the limelight.

In fact, the January 1979 cover of Cosmopolitan magazine showcased long, nude nails, highlighting a break from the classic red, almond-shaped look. While the popular ’70s-era flyaway hair was still present toward the end of the decade, the transition into bold ’80s color and attitude made waves. Little did we know that only 16 years later, fashion would fully embrace nails by making room for them on the runways of New York Fashion Week starting with Cynthia Rowley, moving forward to Betsey Johnson, then Oscar de la Renta.

The year 1979 was a huge one for nail techniques and services. Even though people were using nail polish and getting manicure services for decades before 1979, this year brought new pricing and new technology. Most salon-goers in 1979 would pay in the very low teens for a French manicure — invented just a year before the arrival of CND, according to Mashable — while they lounged under hair dryers with their hair in rollers. Other trend-setters were seeking out silk, fiberglass or Juliette nail wraps, which gave the nails strength and protection.

Enhancements made huge strides in the late 1970s, too. Acrylic nails were priced in the low twenties and available in a cloudy, clear color and sculpted over forms to add length. Prior to this time, though, artificial nails were typically sculpted with a dental polymer that required roughening the nail plate surface to accomplish adhesion, which just about guaranteed nail damage.

Then, Dr. Stuart Nordstrom, dentist and chemist hobbyist, came along and

invented the industry’s first-ever cross-linked polymer resin system for strong and flexible nail enhancements. He received a patent for his efforts and gave this to his children, but it was up to them to create something from it. Jan had been a huge nail fan already – since high school – and was focused on the marketing and education support of the new product. . Her brother, Jim, had a science and finance competency, and her other brother Tom, knew how to get the product in the bottle and shipped out the door. Together as a team, they were able to combine forces to honor the science and the creativity of what their father had created. 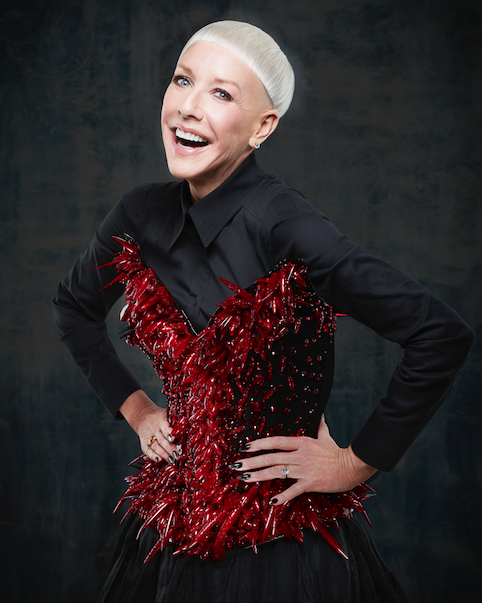 CND Through the Decades

Nail salon services are available to every person no matter their size, shape or color. They bring a feeling of joy and beauty to the wearer that expresses each unique personality with color and embellishment. Since its inception in 1979, CND has striven to bring nail professionals the tools they need to give consumers confidence in their nails and beauty.

More Articles
Back to Blog

Complete the Look Perfect Your Craft The Color Conquest